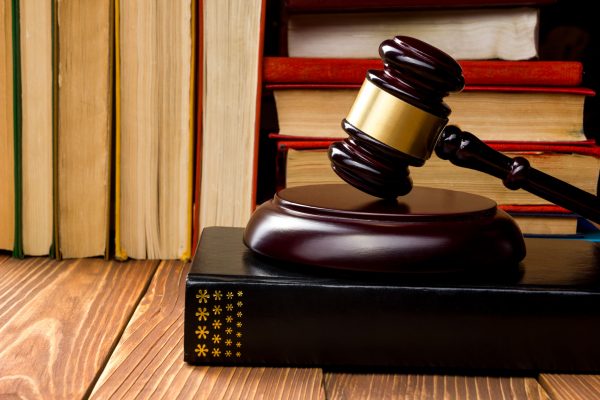 Many procurement organizations, especially in the public sector and highly regulated industries, are required to use competitive bidding. This process has been shown to yield significant cost savings, improve transparency and enhance competition.

A vivid illustration comes from Medicare’s move to competitive bidding for durable medical equipment. The program launched in nine regions initially in 2011. In the first-year trial of competitive bidding of select categories, Medicare saved more than $202 million or 42 percent and was forecast to save nearly $43 billion over the next 10 years as the effort expanded.

But competitive bidding also presents challenges for procurement teams, and one of the biggest is dealing with bid award protests. This is the formal procedure in which someone challenges the award of a contract on the basis that procurement rules were not correctly applied. Typically, the protest is submitted by a losing bidder.

As government spending fell during the post-2008 economic crisis, bid protests increased. On a federal government level, the number of bid protests doubled from FY2001 to FY2014.

The benefits delivered by competitive bidding are eroded when protests delay projects, consume staff time and, of course, cost money. Some courts have ruled that wrongfully rejected low bidders can recover costs for preparing their bids and, in some cases, prospective lost profits.

Bid protests commonly come from two sources: A lowest bidder who was determined to be “not responsive” or a bidder who was not the lowest and contends that the winning bidder made mistakes or was not qualified. “Not responsive” means that a supplier was disqualified because the bid was late, forms were improperly completed, or the vendor otherwise did not provide what was expected.

“…Protests are on the rise. The odds are that, at some point in his or her purchasing career, a procurement official will have a protest,” wrote Jack Zeigler, formerly policy and protest manager for the State of Washington.

“An entity that does a competent and thorough job has little to fear from bid protests. Prepare for the inevitable protest just like practicing emergency preparedness,” he said.

Though high-volume purchasing organizations may find it impossible to avoid bid protests altogether, they can minimize the risks by following some best practices and maintaining a clear, consistent process.

Establish defined bidding procedures, put the requirement in writing and hold training sessions for suppliers and staff. When you invite bids, make sure the bid documents are objective and understandable.

Be upfront about how you will evaluate bids.

Include provisions that give you discretion whenever possible (e.g., a bid “may,” as opposed to “shall,” be rejected if . . . .”)  Reserve the right to reject all bids, which will come in handy if you discover a mistake that could spur a protest. You can reject all bids and redo bidding.

Minimize the number of items required of bidders (the more you ask for, the greater the risk of error).

Requirements should be logical based upon needs rather than process or features that may favor a specific vendor.

As you prepare to solicit bids, make sure you leave enough time to review your documents. This may mean building in additional time after outside advisers, designers and technical experts get you their materials for the project.

Hold a pre-bid meeting or bidder pre-qualification for complex or expensive projects.

Create a simple and straightforward way for vendors to submit questions. Respond quickly and make the information available to all vendors.

Offer post-award feedback. Confer with the vendors, share bid tabulation and other information so the vendor understands the decision.

A big advantage of e-bidding programs like Procureware is the creation of an audit trail that shows that all bidders received the same information and were on a level playing field. This carries weight in court if a protest goes that far.

Companies that keep these best practices top of mind as they embark on competitive bidding, can minimize the risk of bid protests and respond effectively when they occur.

At eBidsystems, we have helped many procurement organizations implement transparent systems that reduce the risk of successful protests by easily disseminating information equally to all bidders, providing a clear audit trail, and automating many tedious and error-prone steps.

For example, a national port client was able to dramatically reduce the number of protests because their ProcureWare platform reassures vendors that the process is transparent and fair. When they get a protest, they are able to quickly defend themselves because the documentation is automatically created as part of the bid process.

Another user, a major transit client with a $500,000 construction project faced a protest from a vendor that said key information was not properly distributed to all bidders. The client was able to successfully defend themselves by demonstrating that all information had been made available to all vendors at the same time. The system documented that the information the vendor claimed if did not receive was downloaded by a company staffer at a specific date and time.

If you would like to learn how we can help you strengthen your competitive bidding process and reap these benefits for your organization, get in touch with us here.

To receive updates to our blog and news content, please provide your email.